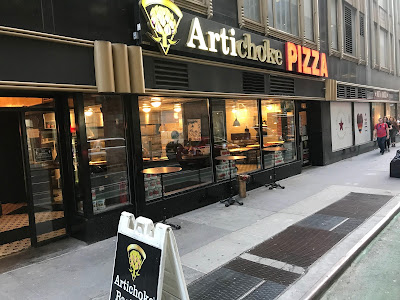 REVIEW:
Nice slices for the masses. Long since the original one opened up in 2008, Artichoke Basille's Pizza has been spreading quality pizza across town, uptown, into Brooklyn and New Jersey, to the airports and even to the West Coast.  Now Artichoke is literally following the crowd to Times Square. Just as Joe's did a few years prior, Artichoke intends on bringing good pizza to the tourist center of New York City. With real estate at a premium and food traffic unlike anywhere else in the country, that's not an easy feat. Like the original, the 39th street location offers little in the way of seats (read: none) and bathrooms (read: none).  Fortunately, they do still offer extra large pizzas loaded with top tier ingredients including the decadent namesake Artichoke slice. The blend of cheeses including mozzarella and grated on nearly all of the pies make each one better immediately above the average. They are hefty above average slices at hefty above average prices. As for handling the rushes, this location pre-bakes upwards of a dozen pies to have on-hand should they be hit with a lot of hungry tourists at any one time. For this reason, I recommend getting a slice from a freshly baked pie. One way to do this is to go when the line is long since turnover will be high.  Another way is to just ask for a brand new slice.  This location is new and likely still working it out.  If all of the other locations are any indicator, it won't be long before Artichoke Basille's Pizza will have figured out how to get fresh slices to all. 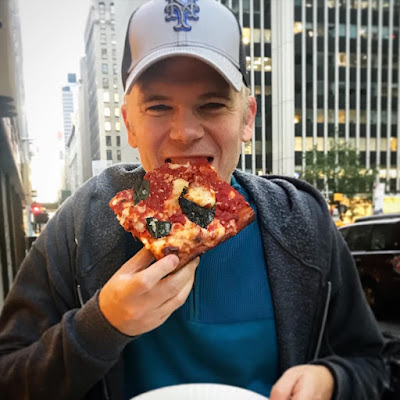 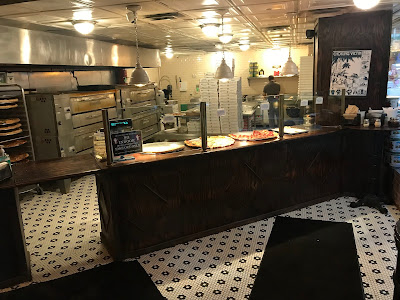 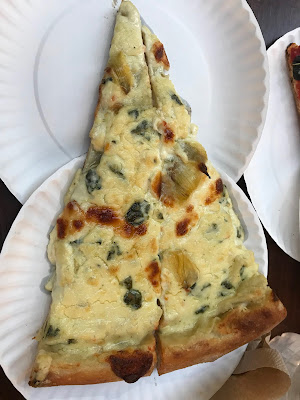 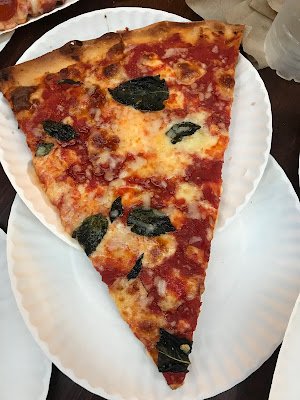 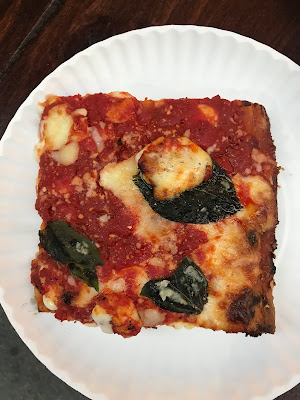 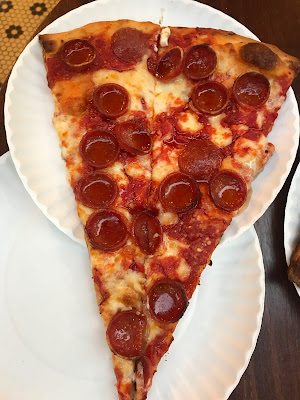 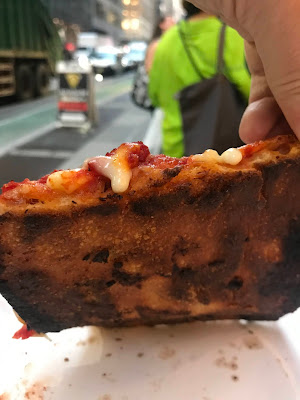 underside of the Sicilian 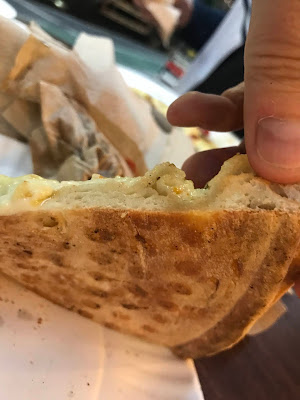 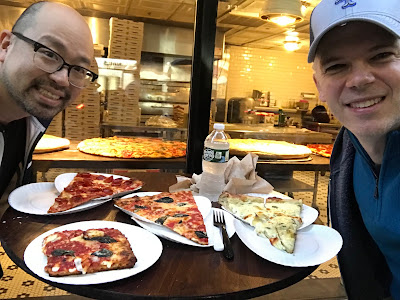 Steve and Sean
1. In addition to being an improv comedy friend, Steve Ling also is a toastmaster and actuary who recently took a job with state of New York.
2. Steve Ling is a real life improviser, rallying in a moment's notice when I contacted saying I needed an immediate pizza date.  Thanks, Steve, for saving pizza month! 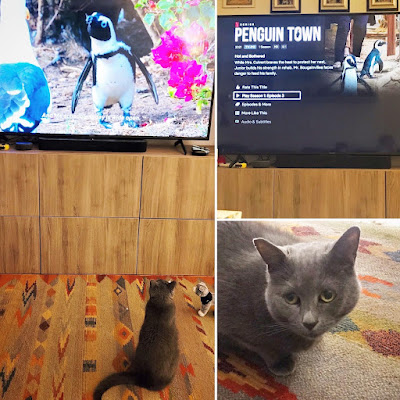 MaryLoo
3. When I got home, I put Penguin Town on Netflix and I watched it...but not as intently as my cat MaryLoo.