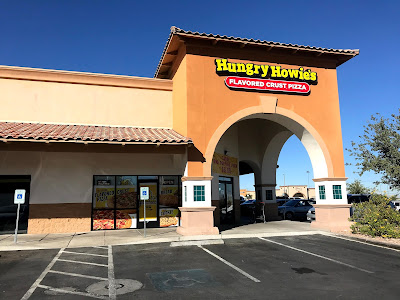 REVIEW:
Hits the spot without leaving a dent. Hungry Howie's became one the largest pizza chains in the country by offering a quality product at a great price. I have a nostalgic place in my heart for this particular chain having grown up eating it and eventually working at one. But that sentimental favoritism doesn't extend to the newer offerings such as the thin crust.  While I felt less guilty eating the thin-yet-sturdy style, the mouth-memory didn't kick in until I got to the butter-parmesan flavored outer-edge. Consistent with my memory, Hungry Howie's does not skimp when it comes to toppings. I had three different cheeses and extra sauce and this may have resulted in an incomplete bake. I do admire that the pizza chain continues to innovate. Heck, the online ordering and tracking system is lightyears better than what we used in the late 90's and we were the ones making the pizzas! Hungry Howie's also gives back. The pink boxes are to raise money and awareness about breast cancer. Even now, during this pandemic, they are raising money to help in the ongoing fight against COVID-19. Considering the quantity of food, the prices including everyday deals are still among the best in the business. Have a soccer team to feed? huge family? a huge family of soccer teams? Hungry Howie's has you covered. 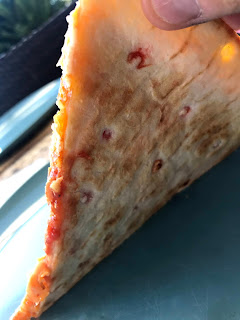 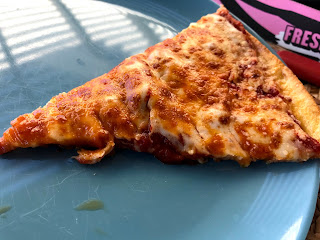 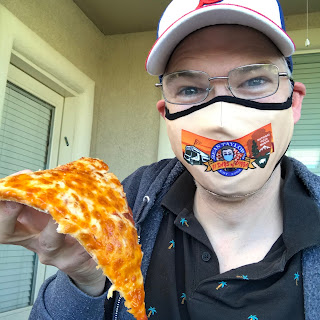 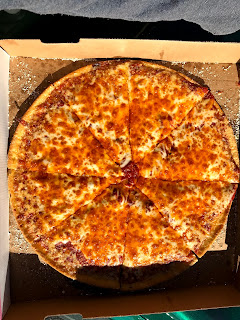 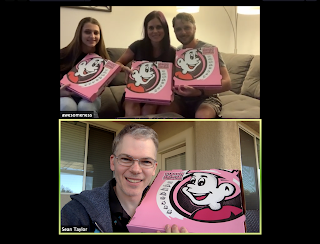 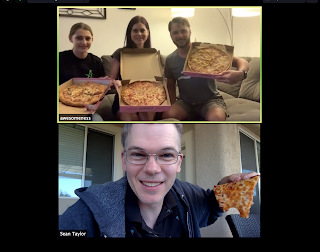 1. Lauren has an economics test tomorrow. I was trying to help her but I forgot everything.
2. Apparently my mother-in-law's phone was left on the hood of the car I drove to pick up the pizza. This was discovered a half an hour after my return.  Fortunately, the phone had been knocked off as I was leaving the driveway and I didn't run over it on my way back in. #whew  Jay once drove across the state of Florida (from Tampa to Daytona) with his phone and keys on his back bumper.  They lasted on the bumper the entire trip.
RATING: