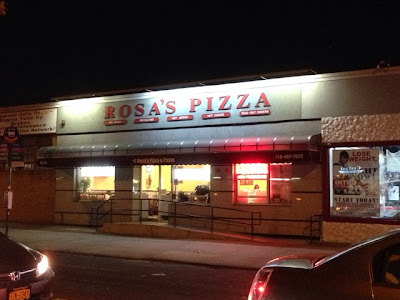 REVIEW:
Delicious squared!  Since 1991, the Ridgewood Rosa's has been churning out the same best-in-the-borough Sicilian style slices that put the original Maspeth location on the map. You may be tempted by the vast array of Neapolitan pies in the display window but when you are in Rosa's, go for the square!  Also known as an upside-down slice, the thick rich tomato sauce is layered on top of the creamy low moisture mozzarella.  Garnished with copious amounts of parmesan cheese and supported by a crisp  twice-cooked crust, the Sicilian slice provides flavor with a crisp consistency.  The signature light-yet-filling crunch with each delicious bite is what keeps patrons coming back to this off-the-beaten path pizzeria.  Since Rosa's doesn't deliver, I recommend grabbing a seat in the spacious family-friendly dining area.  Constantly adding items to the menu, Rosa's is becoming - or attempting to become - more than just a pizzeria.  As long as they stay put and keep cranking out exemplary Sicilian style slices, Rosa's Pizza is fine by me. 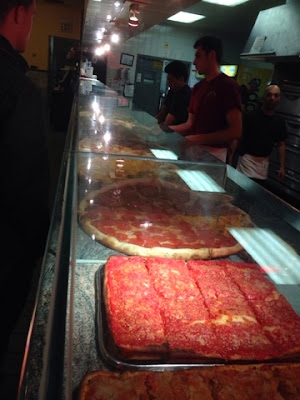 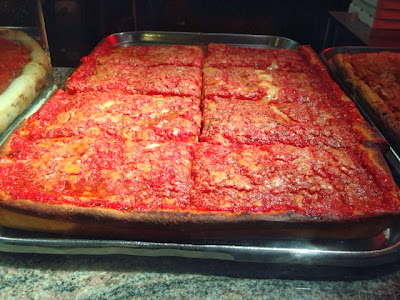 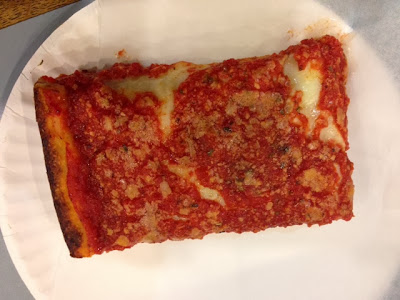 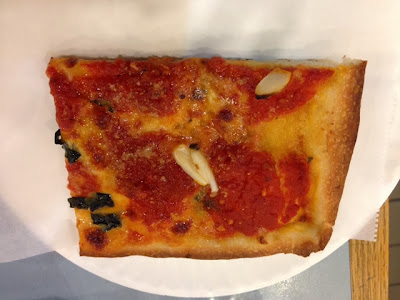 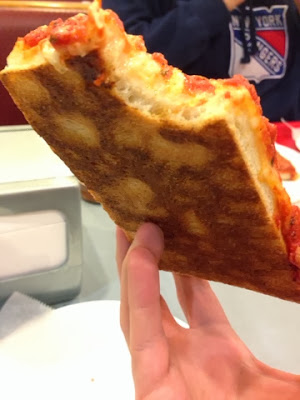 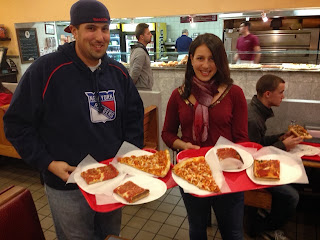 1. Carly Heims and Ed Camus play on multiple softball teams together.  I'm also on a different softball team with Carly and another that plays against Carly but have never played against or with Ed.  This means that Carly is at least a member of four teams so it makes sense that she's played in over 75 games this year.
2. I met Ed Camus today for the first time.  He was born and raised in New York City.  He's been going to Rosa's his entire life and has still never tried the cheese slice.   If he's not watching sports he's probably playing the new Batman game.
3. Carly thinks that this inflatable karate doll looks like me "only angrier" 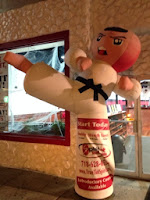