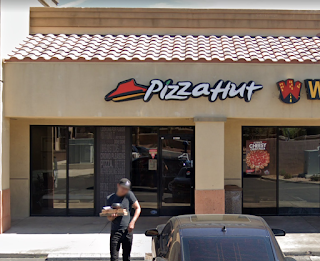 REVIEW:
The ambassador of pizza. Since its founding in Wichita, Kansas in 1958, Pizza Hut has spread across the United States and sixty years later, there are more Pizza Huts worldwide than any other pizza chain, Regardless of how appropriate it may be, Pizza Hut has been defining "pizza" for generations. Before I moved to New York City, I viewed Pizza Hut as "the good stuff." Only after I moved did I realize that this Wichita chain mass produces what would best be characterized as New York style pizza. Adjustments needed to be made in order to accommodate the quantity demanded. Instead of gas-powered deck ovens, Pizza Hut uses electric conveyor belt ovens. Instead of simple ingredients on a thin-yet-foldable crust, Pizza Hut focused on topping-centric products with a soft and bready crust. En lieu of the portability of an extra large slice, Pizza Hut delivers the entire pie. Streamlining continues to dominate the day for better or for worse. Take the Tastemaker deal, for instance. I ordered a large pizza with three toppings on it for only $10. The website enabled me to intuitively customize the crust, the quantity of sauce, crust flavoring and every topping in their arsenal with a simple mouse click. I was even able to see the final product digitally before I sent it off for delivery. After I ordered, I got updates on the progress of my order including when it left the store and an eerily accurate arrival time. When it arrived, the driver left it on the stoop for a contact-less delivery in a box sealed at the store. The pizza itself had a striking resemblance to the digital version. I ate half of the large hand-tossed pizza with zesty sausage, roma tomatoes, and extra sauce in one sitting. The primary drawback is lack of individual attention. In an effort to ensure no shortage of toppings, the underside and outer edge of the crust is left underdone. While very filling, the sauce, sausage, and oily crust left me and my upset stomach wishing I hadn't eaten so much of it. 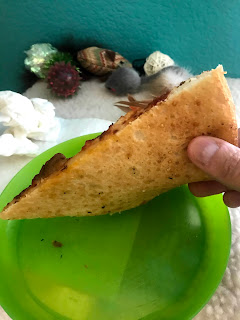 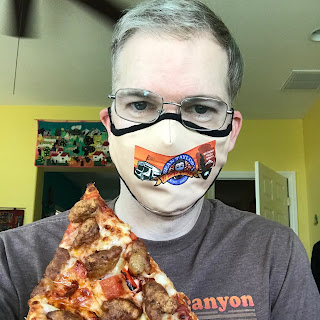 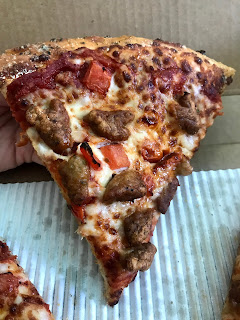 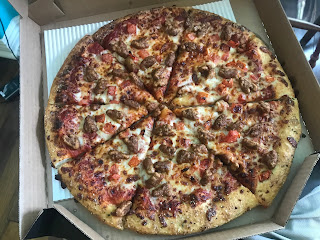 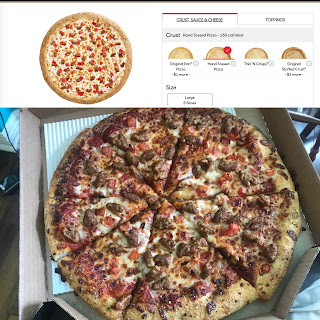 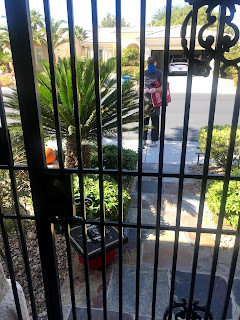 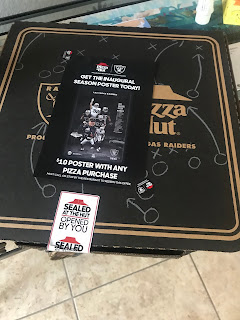 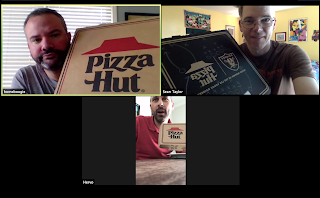 Mike, Sean, Ryan
1. Mike McKinley, Ryan Hrvatin and I used to all work at the same Pizza Hut in High School.  They were already working together when I joined the Pizza Hut team.
2. If the World Series goes to Game 6, Mike has a ticket to see the game IN PERSON! 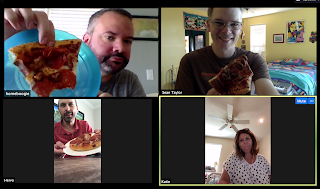