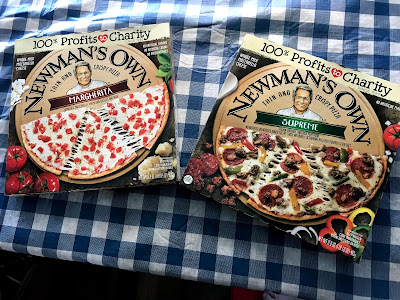 REVIEW:
Down to a science. Newman's Own has cracked the code on the frozen pizza. The combination of top tier ingredients and simple instructions empowers anyone with a reliable oven to make a pizzeria worthy pizza. Whether you opt for a traditional Margherita or a more adventurous Supreme, expect a crisp yet bendable crust with flavorful toppings, a savory tomato sauce and whole milk mozzarella cheese. Be careful, the cheese is hot! Although the surface temperature of the low moisture mozzarella may seem palatable, the melted ingredients beneath are ready to explode on to the roof of your mouth. Let it sit for moment to avoid the burn. Despite being slightly larger than a typical personal pizza, the thinness of the crust and tastiness of pizza assures that if you are eating Newman's Own with another person, you should order another pizza. If that person is me, let's get a few. 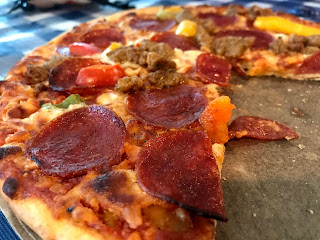 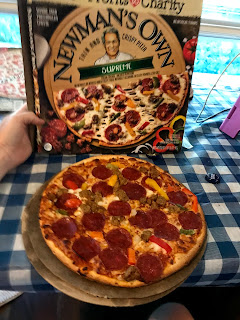 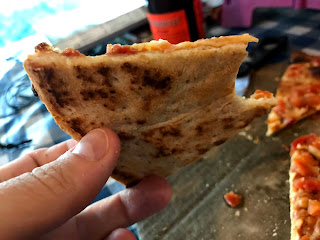 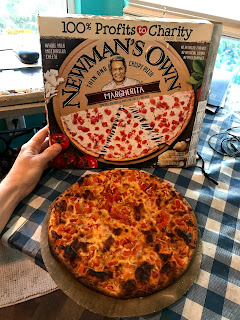 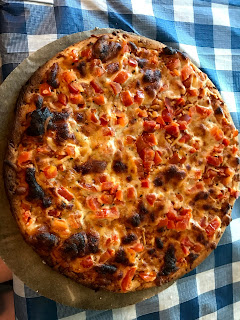 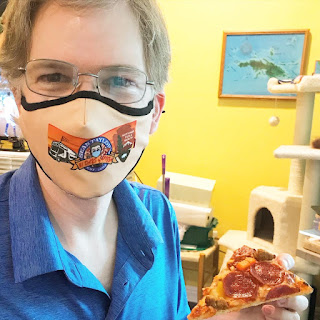 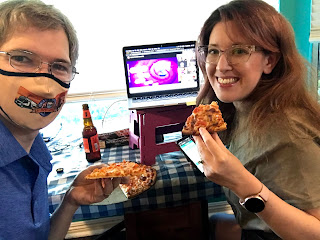 Sean and Robin and Quiplash
1.  Robin and I joined several friends for an online game night set up by Matt Shafeek.  He gets all of the Jackbox Party Packs as soon as they come out and typically has a bunch of people over to his apartment to play them. Since we're in the pandemic, we played them over the internet on Google Meet. 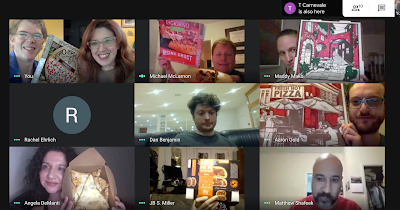 Sean, Robin, Michael, Maddy, Rachel, Dan, Aaron, Angela, JimBob, Matt
2. During the game night, I had everyone hold up their pizza or pizza boxes. It was nice to have pizza with so many friends that I typically have pizza with during other years. 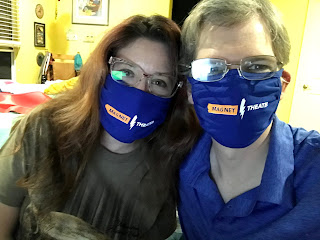 Robin and Sean
3. Robin and I were thrilled to receive our Magnet Theater masks in the mail today.  I don't like that we have to wear masks but at least we're representing the theater that brought us together.
RATING: