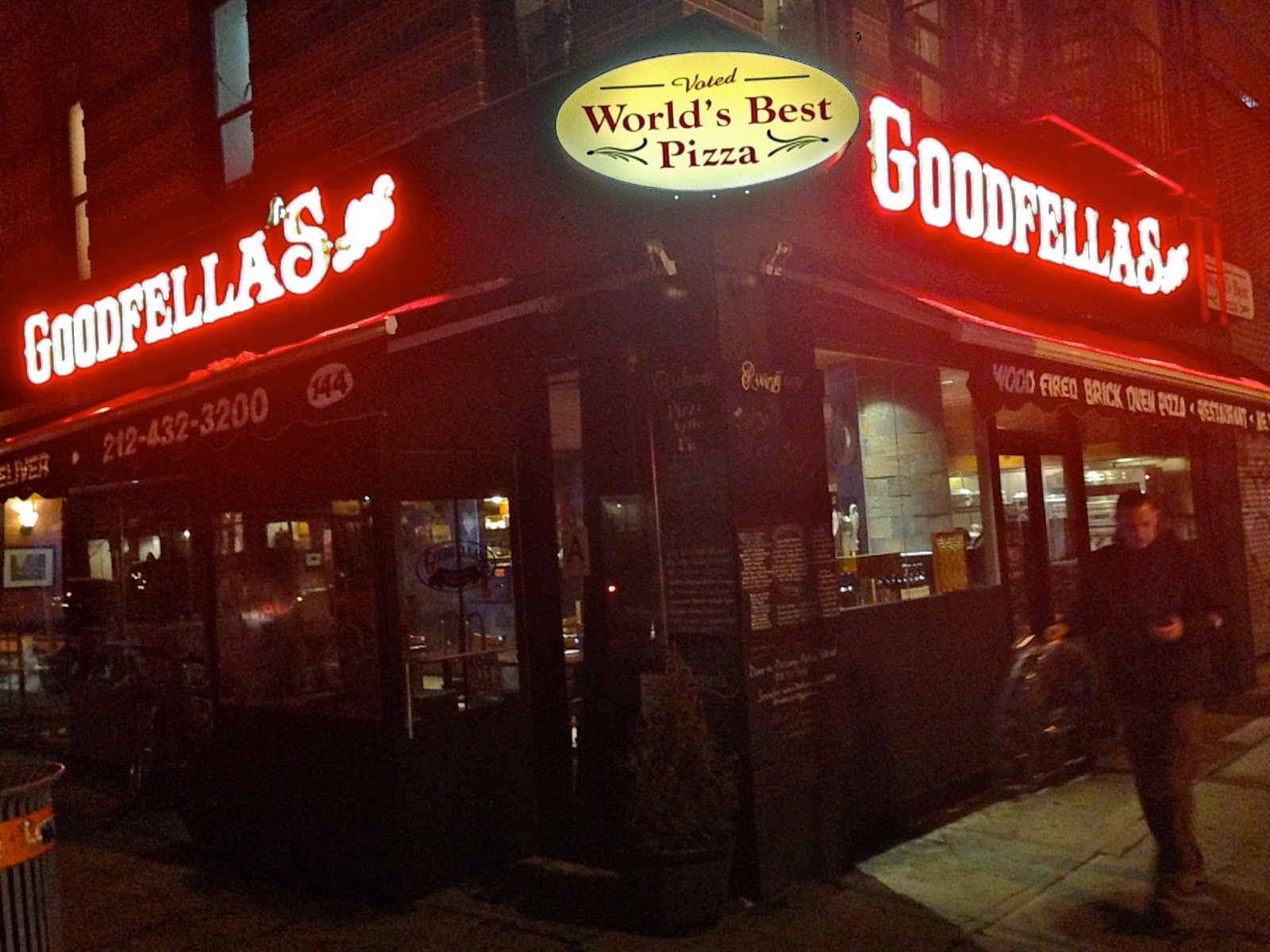 REVIEW: Staten Island's topping combination king makes its Manhattan landfall.  Goodfella's pizzerias have arrived and they brought their award-winning menu items with them!  A relative newcomer to the elite Staten Island pizza scene, Goodfella's distinguished itself by entering and winning competitions armed with pies loaded with non-traditional toppings and cooked in traditional style.  The Smokin' Goodfella, my favorite, took first place at the 2007 International Pizza Expo by bringing together a roasted pepper cream sauce,  smoked fresh mozzarella, shaved pecorino romano, diced basil, savory sausage and roasted peppers on a wood-fired brick oven crust.  One bite of the personal sized masterpiece and your taste buds will thank you for taking the gastronomical risk.  Even on a day where the wood-fired brick oven was providing uneven heat, the distinct flavor of the high quality component ingredients more than made up for the excessive underside charring.  In addition to the signature pies, Goodfella's offers a full menu of Italian fare cuisine.  That said, order the pizza.  It's so good, its worthy of a trip to Staten Island but it's nice to know you can now get it in the city.


MISCELLANEOUS:
1. LeMar McLean is my cohost for Variety Underground.  He also was a former guest on my talk show called The Spotlight where he spoke about his experience winning on the TV show "Where In The World is Carmen Sandiego."
2. Louie Perlman was also a former guest on The Spotlight.  He spoke about being on Canadian TV.  He performed as part of the hip-hop improv group called RoboPop at VU.
3. Ralf Jean-Pierre performed at Variety Underground as part of the Hand Me Downs.  Ralf is a karaoke king.  He and Louie both love "There Must Be a Place" by the Talking Heads.