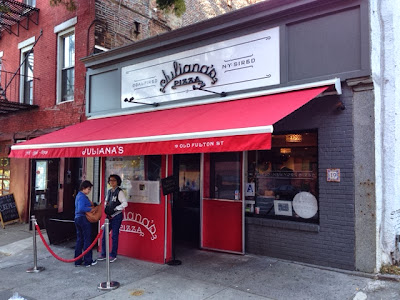 REVIEW:
The next big name in Pizza.  Armed with a tried-and-true coal oven, owner Patsy Grimaldi came out of retirement to to open his new Brooklyn Heights pizzeria called Juliana. He couldn't name it after himself because both his first and last name's were already taken...by two of his biggest competitors: Patsy's and Grimaldi's.  This is not a coincidence.  As a matter of fact, Patsy Grimaldi has the dubious honor to now compete against two companies that he, himself had a hand in building.  Back in the early 1940's, Patsy learned how to make pies working at his Uncle-with-the-same-first-name's place up in Harlem.  Eventually he opened up his own place under the Brooklyn Bridge which came to be known as Grimaldi's or "that place that always has a line around the block." Since he retired and sold the name, Grimaldi's moved to a larger space next door leaving the storefront and a coal-fired pizza oven vacant and unused.  Unable to resist, Patsy Grimaldi created Juliana in honor of his late mother.  The lines are not yet stretching down the block but if the high quality ingredients, creative specialty pies and surprisingly familiar tomato sauce are any indicator, they soon will.  These large crisp-yet-chewy coal fired crusted Neopolitan influenced New York pies are so good it doesn't matter when you come or with whom you come.  Like any new business, you might notice some growing pains as they employees master the tending of an oven that burns as hot as 1000' F.  I'm confident they will.  Juliana is a family friendly, date friendly, tourist friendly soon-to-be classic New York pizzeria, and I look forward to coming back. 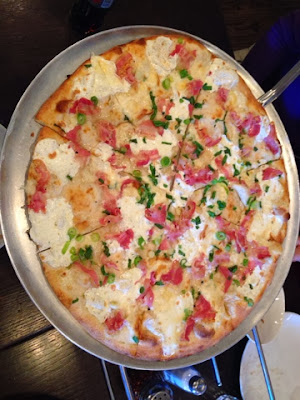 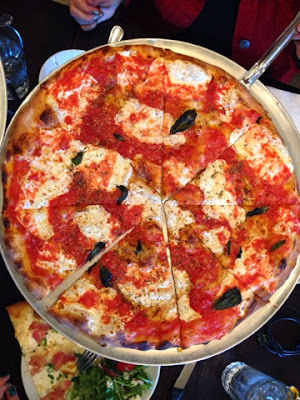 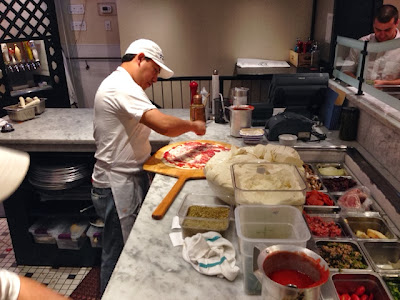 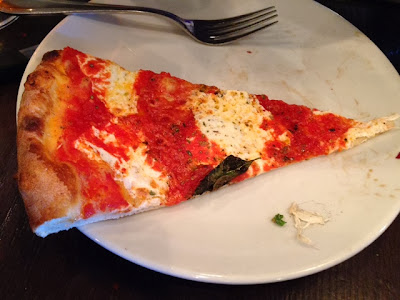 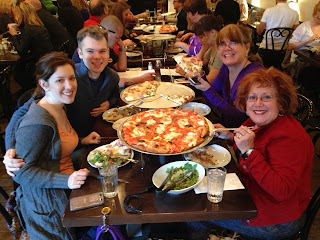 1. Lily Rothman and Kitzi Taylor are Robin and my mother-in-laws, respectively. Robin snapped a photo of our moms on their smartphones and my mom captioned the photo "Our mothers were so happy to see us" and I posted it on my Facebook wall. Within an hour it had over 50 likes making it officially the first viral photo of Pizza Month 2013. 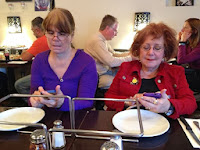 2. After pizza we visited the Brooklyn Bridge park and feasted our eyes on some of the most beautiful views NYC has to offer.