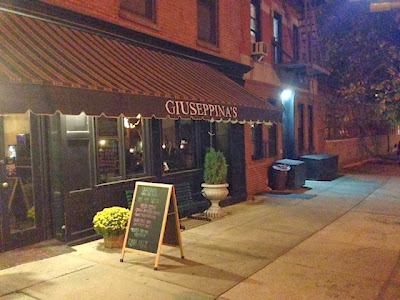 ORDER: 2 slices of cheese, 1 slice of Pepperoni and mushroom

REVIEW:
Heavenly Perfection.  Giuseppina's is the new best reason to trek out to South Slope Brooklyn.  The gas regulated wood-fired brick oven cooks the pizza to a crisp golden brown with just right amount of charring on the outer rim and underside.  Despite the firm, foldable crust, the dough is chewy, thin, and  remarkably light.  Owner and Founder Chris Iacono proudly credits his apprenticeship at his brother's pizzeria, Lucali, for his vast knowledge of dough preparation, oven maintenance, and topping distribution.  Although there are subtle differences between the brother's pies, the similarities are what make them perfect.  High quality ingredients including a cheese blend of top-of-the-line low moisture mozzarella, homemade fresh mozzarella, and imported Italian parmigiano reggiano come standard on even the plain pizza - which is anything but plain.  Additional toppings ranging from hand cut pepperoni to the Italian olive oil and fresh basil leaf garnish epitomize Giuseppina's commitment to quality.  Aside from the unparalleled crust and the exceptional ingredients, the best part of the pie is the tomato sauce.   The incomparable sauce comes from a secret family recipe passed down to the owner from his grandmother named Giuseppina.  Graciously, Chris not only named the restaurant in her honor but placed a framed portrait of her on the wall overlooking the dimly lit surprisingly spacious dining area.  The layout looks similar to his brother's place across town - right down to the antiquated cash register.  By the way, Giusppina is cash only.  The pies aren't cheap but considering the high quality ingredients, time, and love that goes into making each and everyone a model of pizza perfection, it's a bargain at any price.  I'm looking forward to going back as often as possible before word spreads and Giuseppina's becomes too crowded to get a table.  See you soon, Chris! 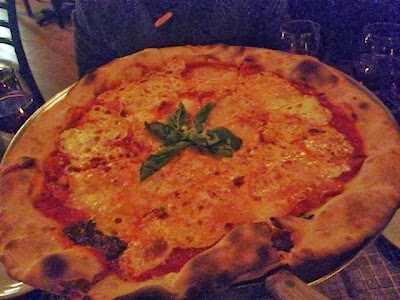 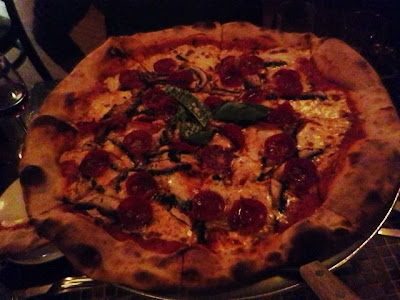 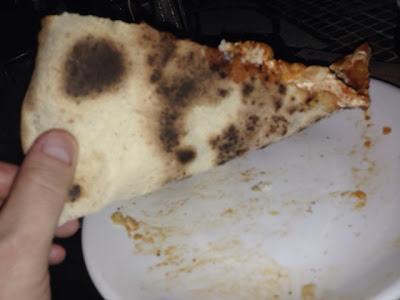 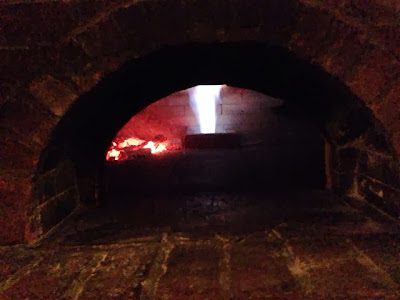 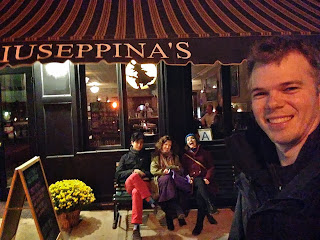 1. Kaitlin Fontana and I both emcee'd our sister's weddings.
2. Chris Simpson rides his bike year 'round and roots for the Red Sox.
3. Robin Rothman and I are heading up to Saratoga in the morning for a wedding.  We found the best deal on rental cars is available at Newark Airport.  It's cheaper (even when you include travel back and forth to the airport) and you don't have to deal with as much city traffic.
4. I had the privilege of meeting owner and founder of Giuseppina's, Chris Iacono.  I posed with Chris in the same spot in the store as pizziolo Patsy Grimaldi did just a short time before. 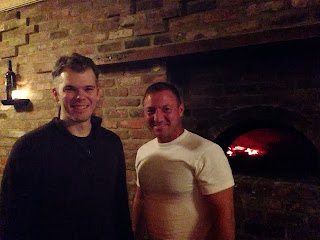