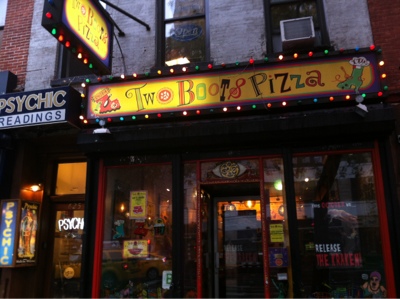 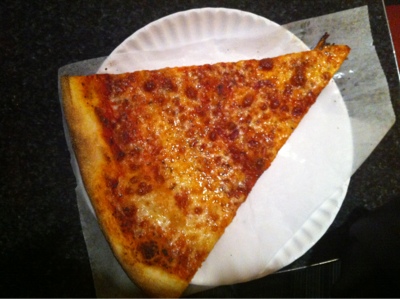 REVIEW & RATING:
I really enjoyed my slice of cheese at Two Boots today but since it was one of the only places opened in the entire neighborhood feel it is unfair to rate and review one of my favorite pizzerias on a day when they are overworked and understaffed.  So, go here for previous rating: DAY 5, Pizza Month 2009; Two Boots (Hell's Kitchen)

MISCELLANEOUS:
1. The employees behind the counter were very appreciative of the owner of Two Boots, Phil Hartman (no relation to the late actor/comedian).  Given the MTA shutdown, their manager paid his employees taxi fares ($70 each way) so they would not have to miss a day of work and, inadvertently, keep my pursuit of the 31 Days of Pizza on track.  I am very appreciative too.
2. There's a new specialty pie called the Ray Finkle which Robin explained to me was a famous football player.  I thought I was the one that knew about football in our relationship.  She told me how he missed a key kick because the ball was placed "laces in" instead of "laces out."   Robin then revealed to me that this was a key plot point in Ace Ventura Pet Detective and I should have known.  She's right but I don't remember movies very well.  I do like them though.  So does Two Boots owner Phil Hartman.  He has photo stills from classic movies on the wall of the Hell's Kitchen outpost.
3.  I would very much like to meet Two Boots owner Phil Hartman.  Apparently I missed him by an hour today.  He opened a pizzeria that combines influences from New Orleans and Italy.  He loves movies and the Mets.  This guy and I have too much in common not to get along.
4. This was on the news today.  I hope no one is injured because of it but the pun-loving side of me has to point out that this is the best possible use of the terns "Breaking News"... 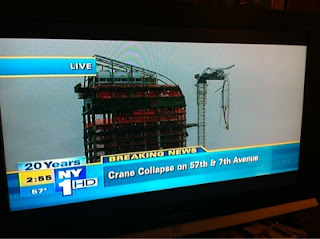 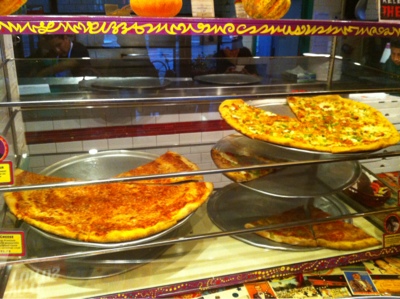 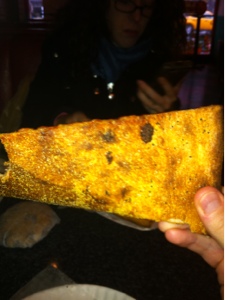 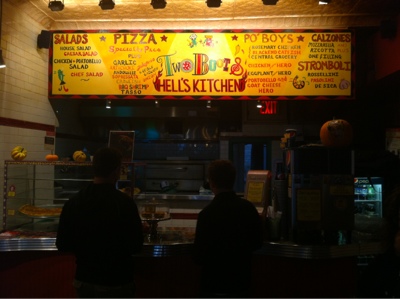 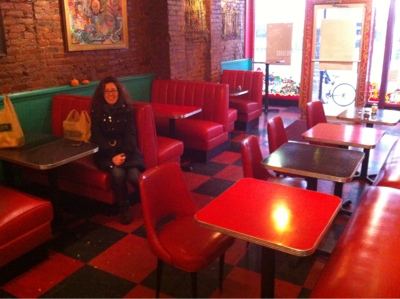