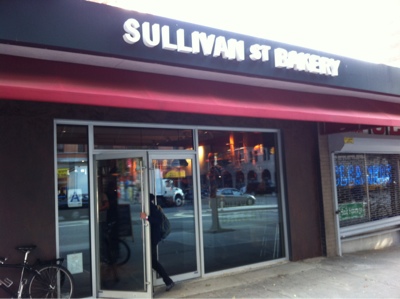 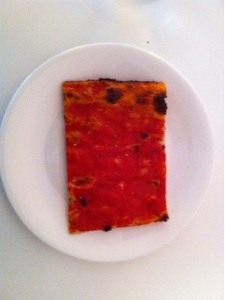 The fact it seems odd that a bakery would serve pizza shows just how far we have come.  After all, bakeries were the only places one could find pizza. Originally a byproduct of oven temperature testing, the "pizza" got its name as a derogatory name for a pita since it was typically thrown away or given to the poorest of the poor.  Once the lines started forming, the byproduct became the product.

While Sullivan St. Bakery does offer pizza, it is much more of an afterthought.  As a matter of fact, they ran out of it when we arrived and had no plans to replenish the cookie sheet style thin crusted slices in the immediate future.  It became pretty clear that bread and butter is the 'bread and butter' of this bakery.  While waiting for more pizza, we split a Cubano sandwich which was easily one of the tastiest sandwiches I have ever had in my life.  The bun was soft yet crisp and layered with the perfect amount of spicy mustard and mayo to enhance the flavor of the cooked pork and prosciutto.  Microscopically thin pickles added the final touches to this sandwich that was so tasty we ordered another one while awaiting pizza reinforcements.  Eventually, the new pies were ready.  After eating such an amazing sandwich, the cracker thin crusted simple pies seemed more like hors d'oeuvres than a main course.  Tasty, but could have used some spicy mustard and prosciutto. 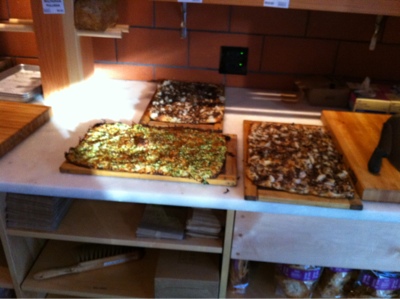 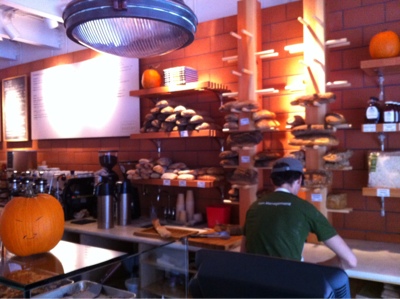 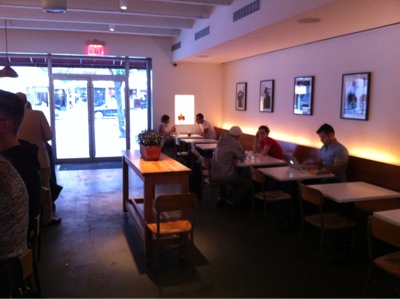 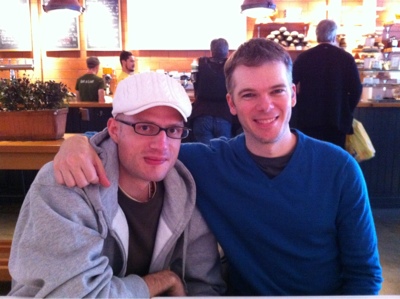 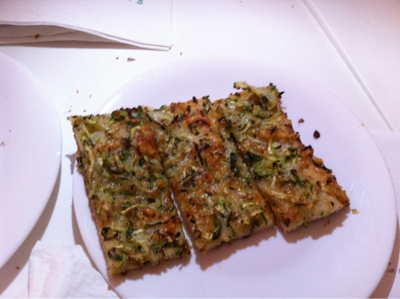 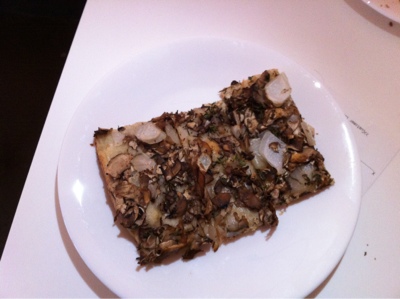 MISCELLANEOUS:
1. Bob Acevedo is back in town!  He went away to teach elementary school for a little while but now he's back and, from what I hear, has a stand up routine.
2. The owner of Sullivan St. Bakery, Jim Lahey, also owns a pizzeria called Co. (Company) which I absolutely love. Here is a link to review I wrote about that place in 2009.
Posted by Sean Taylor at October 15, 2012