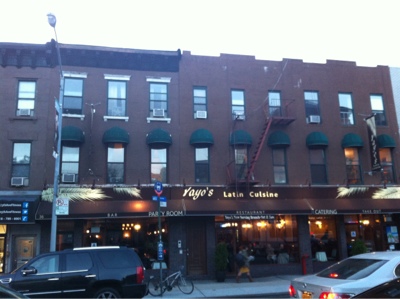 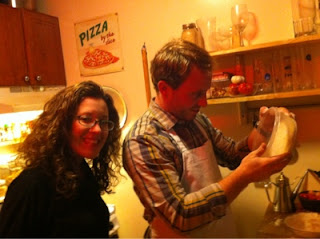 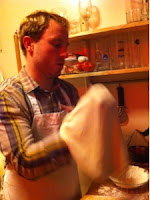 Be friends with Brooks Jones.  Not only does he know a lot about pizza history and where to get it but he is a masterful pizzaiola!  Occasionally he invites his friends over in a BYOT (Bring Your Own Toppings) pizza party that is both fun and delicious.  The pizza blogging community knows Brooks as the "Pizza Commander."  After eating the pies that came out of his city-sized conventional oven, I think he may be in line for a promotion.  By using a combination of a fully cranked oven, the broiler, and a tried-and-true dough recipe, Brooks's pies come out resembling individual Neapolitan pizzas.  The high quality fresh mozzarella, imported Grana Padano, and crushed San Marzano tomato sauce transforms a standard pizza party into a gourmet pizza party. 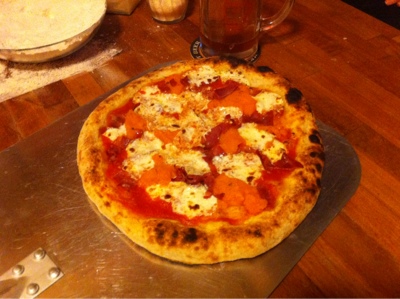 The toppings my we brought, Capocollo and Prosciutto were purchased at Esposito's Pork Shop on 9th Avenue and 38th Street.  The Capocollo was added to several dollops of yam for a seasonal "Yam & Ham" pie.  Although it was cooked perfectly, the spicy Capocollo did not complement the starchy yam like we had hoped.  My bad.  That said, the pie did not last long.  Two minutes after it left the oven it was devoured by me and several other guests.  Upon further reflection, perhaps Pancetta and Yam, a Yamcetta pie, would have been a better combo.  I hope to try it again real soon.  This party is proof-positive the journey to the perfect pie is surly the reward.  Thanks, Commander Brooks Jones! 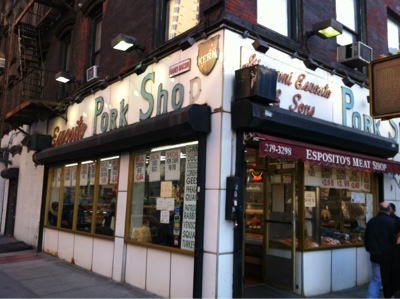 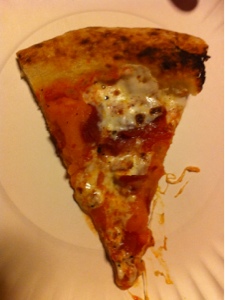