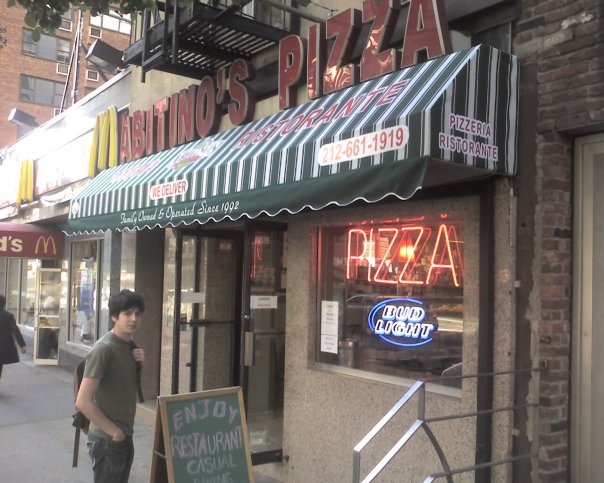 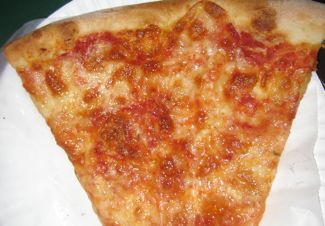 Abitino's might not be the reason why the rest of the country looks to NYC for good pizza but it sure is good NYC pizza. Not only do the slices look the part with the big outter edge and thin, perfectly-foldable underside they taste the part. They are delicious. The staff makes no secret of the fact they use quality ingredients including rich tomato sauce and a blend of creamy mozzarella and sharp grated cheeses. 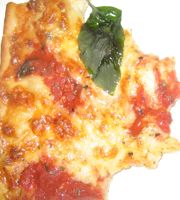 Having no shortage of tomatoes and olive oil, I particularly enjoyed eating my grandma...slice. According to Director of Operations Giuseppe Borruso there are five Abitino's pizzerias around New York opened by five members of the same family. Although there may be slight variations, Giuseppe assures, "We make good pizza."

This location (east of Grand Central) sells slices by day and transforms into a casual dining restaurant at night. Now that I know there is a great slice place with all the amenities of a restaurant (clean facilities, beer and wine license, nice staff) I will definitely be back. Heck, it's so centrally located, I'll meet you there.


MISC.:
1. The director of operations, Chef Giuseppe Borruso has been on television nearly 50 times talking about food, including a history of pizza.
2. Jon Golbe co-wrote and starred in one of my favorite video shorts called Teen Homicide for ch 101.