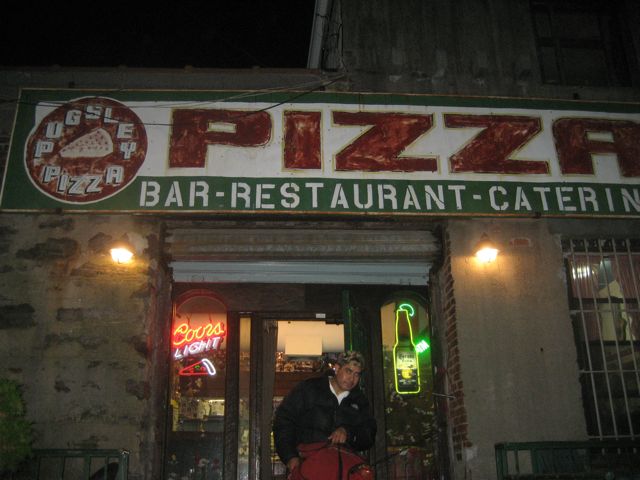 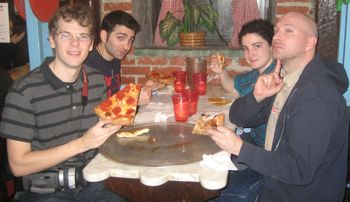 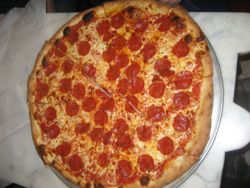 An extra large pepperoni pizza and a pitcher of beer costs us $20 (five bucks each). And this great deal also includes entertainment! Order a full pie and a member of your party is invited back behind the counter to hammer a suspended gong. Yes. A gong. According to a laminated sign penned by owner Sal, who is as eccentric as he is Italian (and he's VERY Italian), you are to associate what you want to achieve in life with the sound of the gong. Then, later in life you can look back on it and see if you achieved it or gave up on it.

It's deep but, then again, Sal went to Woodstock in '69 and "thinks he's still there." 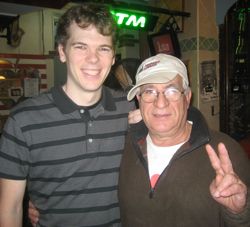 More often than not, Sal can be found in the pizzeria he named Pugsley's. Located half a block from Fordham University, he knows his audience and caters to them magnificently. Long hours, great deals, no frills, and plenty of seating. The sights, sounds, and smells encounter may overwhelm newcomers into "stimulation overload." But the colorful wallhangings, gong gonginga, glasses clinking, and cooks clamoring find a cozy peace in this bustling colligiate pizzeria on or around the time you bite into your extra large slice. 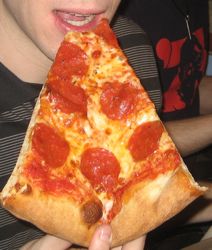 There is no shortage of rich tomato sauce on a Pugsley's pizza pie. Topped with plenty of creamy Grande Mozzarella cheese and bottomed with a sturdy and substantial crust, extra meats and veggies aren't necessary for taste or sustenance. My two slices of pepperoni hit the spot and then some. Shake-on spices are available for folks looking for a more flavorful crust, but definitely try it beforehand as there is some built-in pep.

I would love to return to Pugsley's. This does not mean I'm returning to college (mom and dad!) but, if I were, and all other things being equal, I may very well pick Fordham based on how much I liked Pugsley's.

MISC.:
1. We are four members of Junior Varsity, an improv comedy troupe from the Magnet Theater that happen to be doing a gig at Fordham University
2. I interviewed a couple of coed (that's not sexist I hope) that had just returned from their Fordham Lacrosse game. They were in uniform and everything.