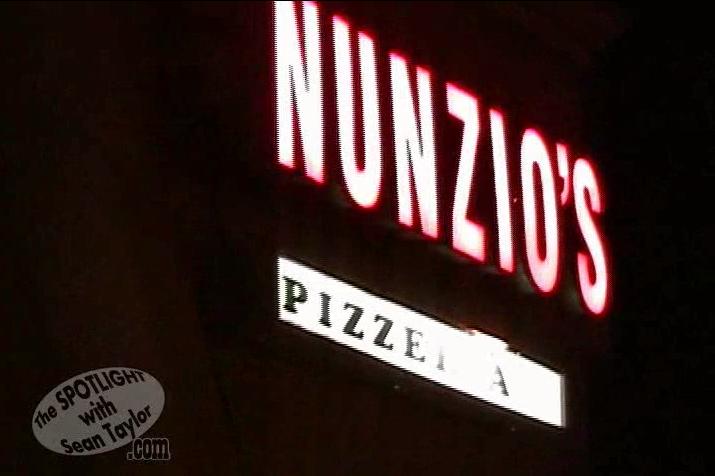 
GUEST(S): Dan Dunford
ORDER: 2 slices of cheese
PIZZA REPORT: A second slice is twice as nice! I first only ordered one but the perfectly sliced slabs of mozzarella cheese resting on the sweet and copious tomato sauce was too much to have just one. I am pretty impressed the crust is so sturdy, yet so thin and cooked in a conventional oven.
ATMOSPHERE: Nunzios, second to None-zios...if you're into pun-zios! It's been around since it opened as a slice place in 1947. The current location offers both a restaurant in the back and a slice/takeout place in the front. Although there are no seats in the slice side, there is plenty of standing room and surprisingly pleasant Staten Island residents. Good, well priced pizza (<$2 pre tax per slice) tends to bring out the best in people. Too bad Grant City, Staten Island is so far away.
VERDICT: 3.5 out of 5

MISC.:1. Following my last day of Queens jury duty, I began my journey to Staten Island. After leaving the court house, picking up Dan Dunford in midtown, hopping on the subway to the ferry to the Staten Island Railroad, I was only 4 short blocks from Nunzio's. We ate a couple of slices then headed back. Five hours after my trek had begun, I was back in my apartment.
2. The Staten Island Ferry is free and around twilight in Autumn offers just about the most spectacular views of New York City and the surrounding areas as I have ever seen. I tried to capture a couple in the video clip.
3. As for jury duty deliberations, I had never done it before...but I recommend it! By the way, our verdict was not guilty but don't worry, it's not like there is a bad guy on the loose.  The crime was burglary but nothing had been taken.
VIDEO CLIP: http://www.youtube.com/watch?v=4FIKDmEwySA