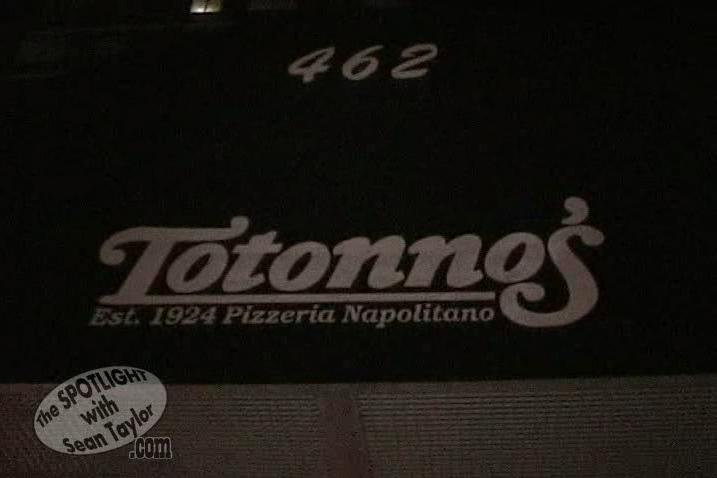 
GUEST(S): Robin Rothman
ORDER: half of a small Margherita/Bianca
PIZZA REPORT: Half Margherita, half Bianca (white) - what a cool pizza! Sure, a little of the sauce oozed over into the Bianca side but Totonno's sauce is delicious. The golden brown coal fired brick oven cruster surrounded the pie like a ring of freshly baked Italian bread. It's light but sturdy, sturdy yet chewy. How do they do it? I suspect magic.
ATMOSPHERE: Totes Totonno's! If they needed an ad campaign, that might be what they use, but, thankfully, they do not. Although the Kips Bay Totonno's franchise is slightly more expensive ($18-24 w/ tax and tip, no alcohol) than the no-frills Coney Island original, the taste of the signature coal-fired brick oven pizza is nearly identical. There is also more seating, season decoration, and televisions than the original. Go at off peak times and you'll have the whole restaurant, bar, and nice music to yourself. It is slightly off the beaten path but it's totes worth the trip.
VERDICT: 4 out of 5

MISC:1. There is a debate as to whether Anthony "Totonno" Pero or Gennaro Lombardi opened the first pizzeria in America. Although both began making pizza in 1905, Totonno did not establish his pizzeria until 1924. I like 'em both.
2. Robin Rothman and I watched what turned out to be the final game of world series. If you still don't know who won, the video clip may have a spoiler.
VIDEO CLIP: http://www.youtube.com/watch?v=EQCqR8rt2PI