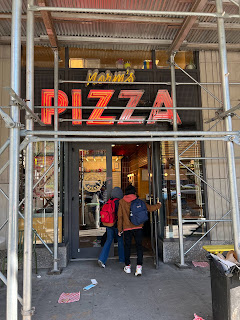 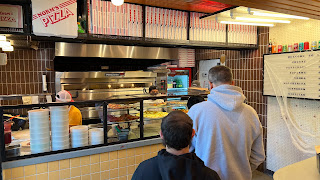 REVIEW:
The new Norm! Located a mere minute from the train in Downtown, Brooklyn, Norm’s Pizza has the slice you want when you want it. A throwback to a different time, Norm’s is a new pizzeria that embraces the tropes of the classic slice joint slinging extra large, butter-glistening, puffy-edged thin crusted pies with just right amount of char. There aren’t many seats inside but, after a quick crease and a fold, these New York street slices are as portable as they come. If you happen to live in the area, take a pie to go. The fresher you get it out of the hot-burning electric oven, the better. Norm’s pizza is reasonably priced and satisfies the three “Q”’s: it’s quick, it’s quality and it’s qunvenient! 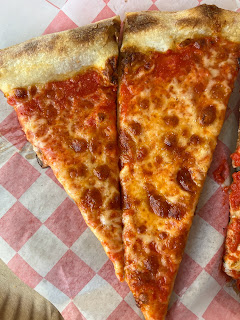 slice of Cheese (cut in two) 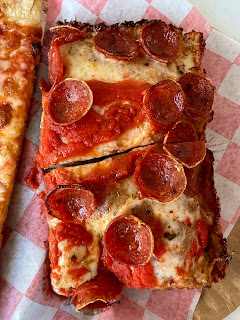 Sicilian with Pepperoni (cut in two) 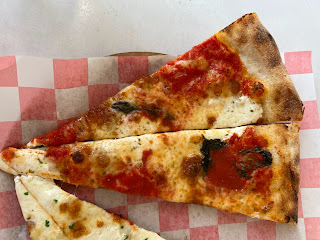 slice of Margherita (cut in two) 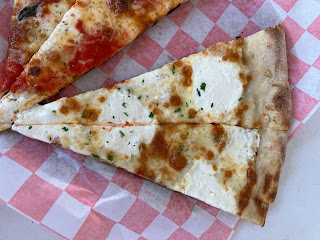 slice of White (cut in two) 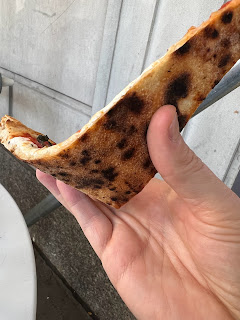 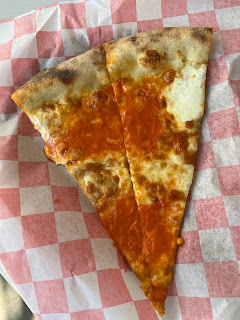 slice of Vodka (cut in two) 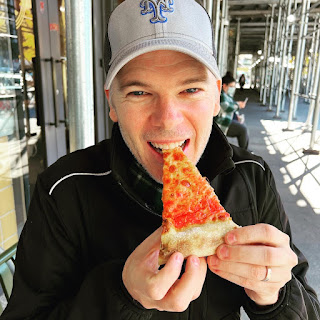 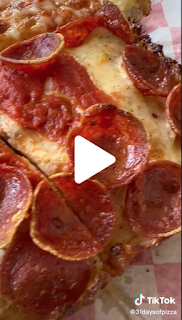 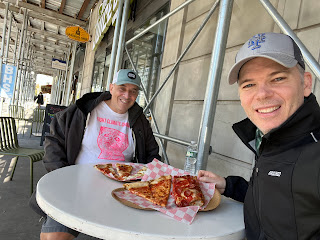 Lou Fernandez and Sean Taylor
1. Lou Fernandez records his own play-by-play and color commentary while playing baseball video games and posts them on Twitch (loureads).
2. Lou and I met doing improv in 2001 when we were both cast in an independent improv troupe called Firestorm. We're about due for a reunion show.
RATING: