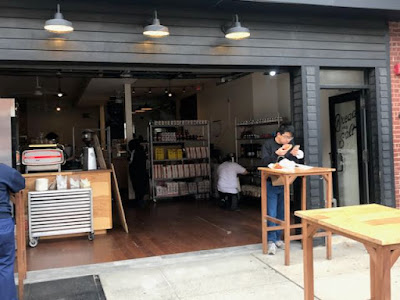 REVIEW:
Nailed it! Jersey City's Bread and Salt is a bakery first and foremost but it also just happens to also serve the tastiest Roman style pizza I have ever had - and I've been to Rome! As its name suggests, Bread and Salt starts with the most basic ingredients and ends with products so good, it can afford to be open for just six hours a day, three days a week. Loyal patrons descend on this no-frills garage to grab some thin crusted, often topping-less squares of perfection then eat them standing up on wobbly tables set up on the sidewalk. And they love it. Most Roman style pizzerias in the city, such as PQR or Unregular, rely on exotic topping combinations accepting that the thin square foundation is rather unremarkable on its own. At Bread and Salt, the foundation is more than remarkable...and here are my remarks.  It represents the end of a process that began days prior with specifically sourced ground flour to which the precise amount of water is added to achieve optimal hydration. Then the dough is fermented and eventually baked to maximize flavor and consistency.  The slices are large but so thin and delicious you can expect to eat around 6 slices. I particularly enjoyed the herb-infused Rossa which was reminiscent of a tomato pie without the cheese. If you don't live or work in Jersey City, Bread and Salt Bakery is not the most convenient place to go but it is definitely worth it.  Until they open a Bread and Salt Bakery near me, I'll be excitedly making my plans to return. 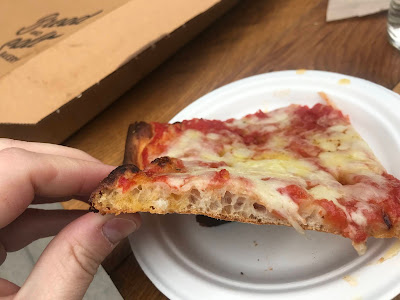 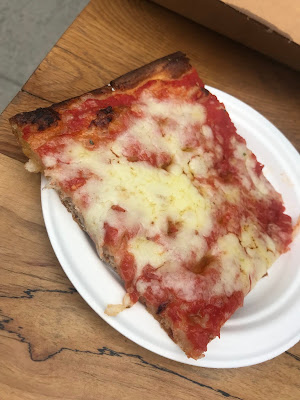 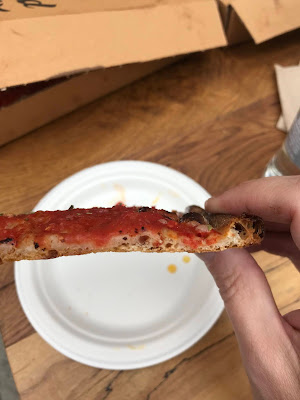 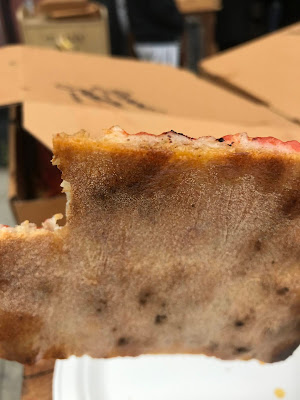 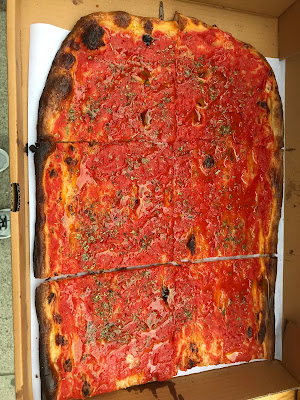 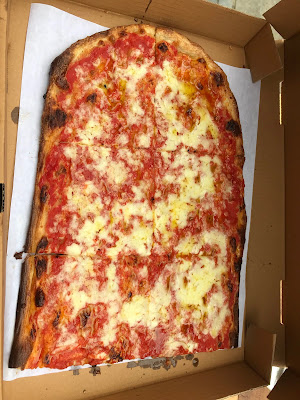 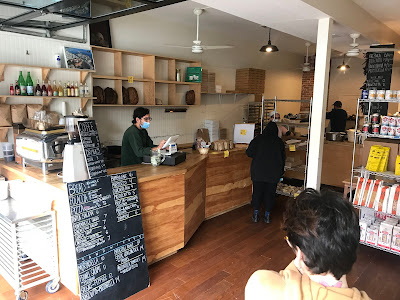 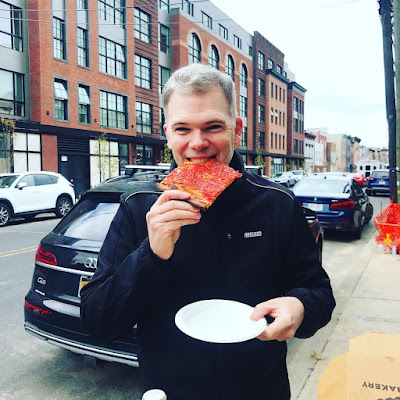 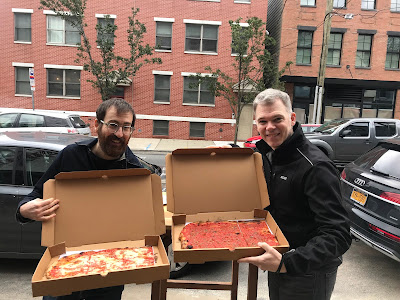 Bernie and Sean
1. Bernie Kravitz and I first met at the Upright Citizens Brigade Theater in Chelsea circa 2000. Over two decades later, he lives a stones throw away from the former theater.  We both were extras on the UCB TV show and thought we were destined for greatness - and we were....pizza greatness.
2. In the early 2000's, Bernie booked a commercial for the TRUTH anti-tobacco campaign. He taught me that cigarettes contain a caustic compound found in hair-removal products!
RATING: