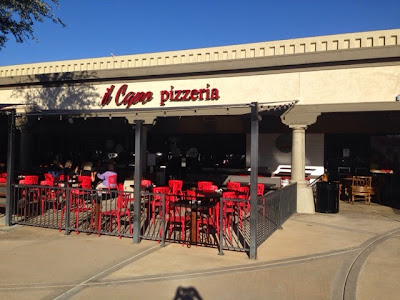 REVIEW:
NY Pizza grows in Scottsdale.  Whether you are in the mood for a quintessential New York slice, a twice-cooked grandma style square slice or a more traditional Neapolitan pie, Il Capo has you covered.  Italian for "head" or "chief," il capo of Il Capo is longtime Big Apple resident and restauranteur Mario Rana.  While Rana loves his new home in Arizona, he only missed one thing -- the pizza. So, he brought it with him... and then some.  In addition to the familiar gas-powered by-the-slice options, Il Capo also offers artisan pies cooked in an imported wood-fired brick oven.  I opted for the Margherita and was blown away by the high quality creamy fresh mozzarella cheese, the diced basil and rich, generously applied tomato sauce. The spotless inside dining room with its full bar is enticing but I couldn't resist eating in the outdoor seating area under the warm Arizona sun. After your hot and savory pizza, chill out with some soft serve gelato - which I also can't recommend enough. 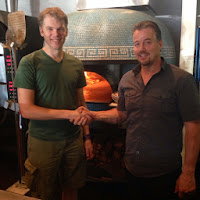 1. I met owner and New York native Mario Rana.  He used to own an Italian restaurant in the flatiron district of New York City and was thrilled to show off his pizza making equipment to a fellow New York pizza guy. 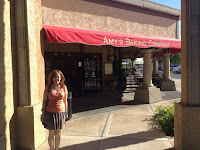 2. Robin Rothman had initially wanted to go to Amy's Baking Company for pizza after they had been featured on a TV show called Kitchen Nightmares.  They have since dropped pizza from their menu so we settled for some appetizers before pizza and desserts after pizza.  Both were incredibly delicious.  Not sure why this pristine, delicious bakery, with such nice owners (Amy & Sammy) would be featured on a show by that name.