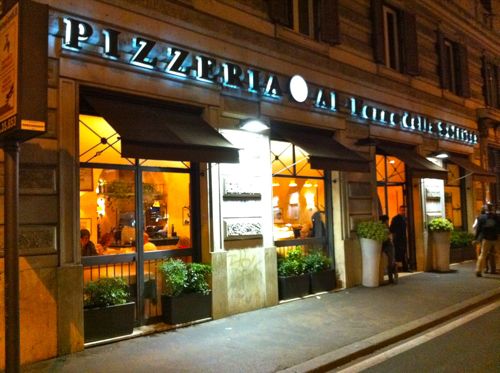 ORDER: 7/8 of an individual Margherita, 1/8 of Speck and Funghi

MISCELLANEOUS:
1. We're in Italy!
2. The concierge at our hotel and Terry Jinn both recommended Al Forno della Soffitta. Now I will too. 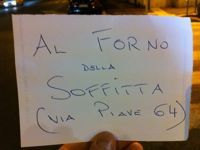 3. When in Rome, do what the Romans do and eat pizza de Napoli (pizza the way they do it in Naples).
4. Robin and I went on a tour of the Colosseum (Colosio) which apparently is named after a giant statue of the emperor rather than it's actual name, the Flavia Amphitheater. It's lit up beautifully at night. It's now my phone lock screen. 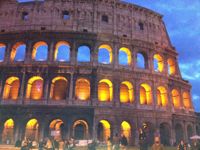 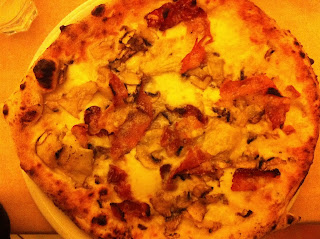 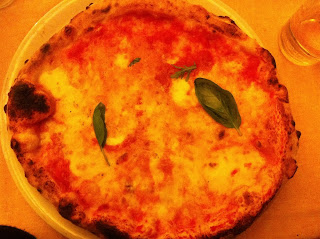 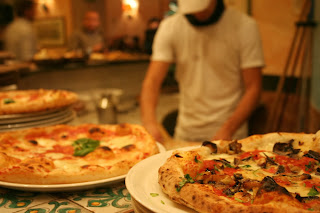 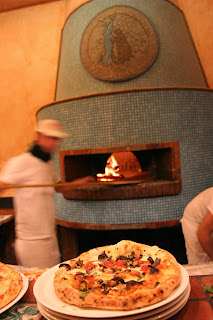 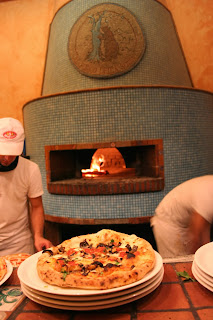 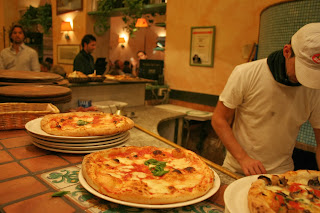