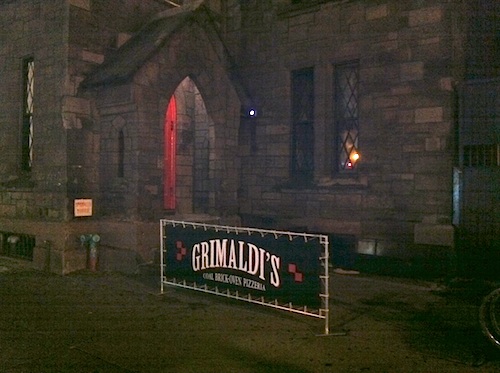 MISCELLANEOUS:
1. There's a photo of the Brooklyn Bridge as an homage to the original Grimaldi's beneath the Brooklyn Bridge. So, if you want to eat at "Grimaldi's under the Brooklyn Bridge" you can technically do that at this location in the Limelight Marketplace.
2. The building now called the Limelight Marketplace has had many different incarnations. It was originally a church, then a night club, then a different night club, and now a fancy mall. I once went to the Limelight when it was still a night club for a New Year's Eve party. People said there was so much drug use occurring there if you licked the floor you would get high. While I'm sure drug use was commonplace, I think they say just to see if who will actually lick the floor. I didn't. Of course, now that it's a Grimaldi's, I'm much more likely to. 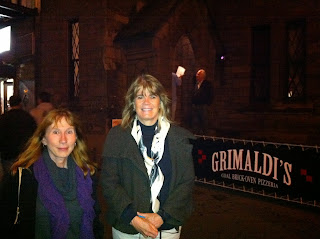 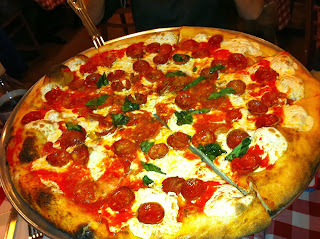 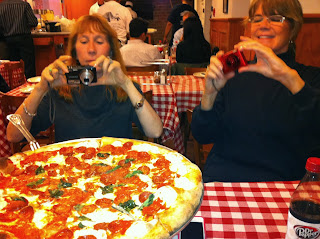 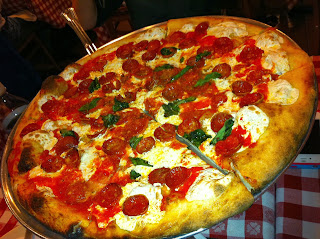 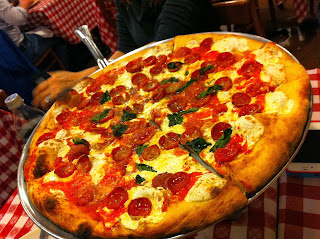 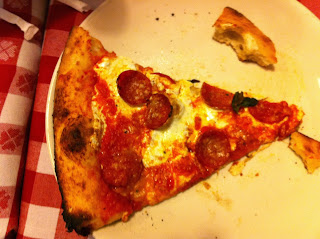