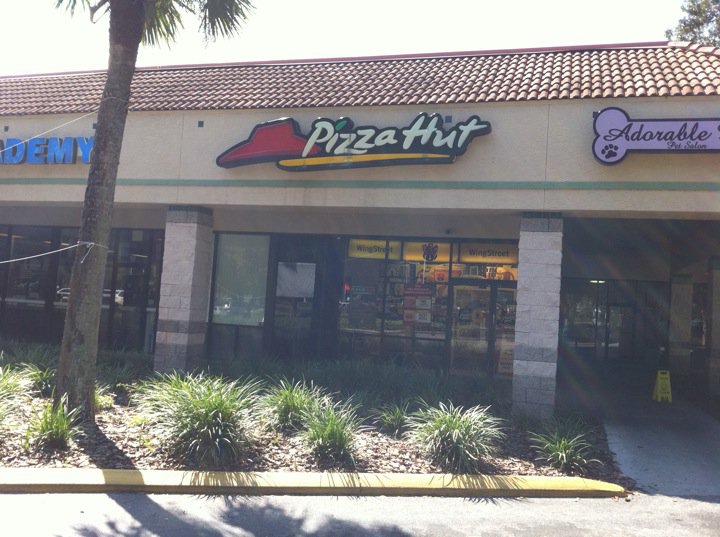 ORDER: 6 slices of a Big Italy with pepperoni, mushroom, and green peppers

Slinging upwards of 400 pizzas on any given Friday at my first place of employment, it is no surprise that this Pizza Hut location is still thriving 15 years after I turned in my apron. I was pleased to see a pristinely clean "make table" and a hard working staff happily and efficiently churning out decent pizza. The fresh toppings, in particular, are what distinguishes a Pizza Hut pizza. I am happy to report that the green peppers, pepperoni, and mushrooms on my Big Italy pie prompted me put away six slices in a single sitting.

Despite being a loyal former employee and having eaten six slices, I know a "big" franchise that owes a "big" apology to a certain boot-shaped country. The "Big Italy" creates an expectation for pizza enthusiasts and propagates misinformation to everyone else. Hopefully, this pizza freak can set the record straight. Let's break "Big Italy" into its component parts. The "big" is obvious. Measuring nearly 2' across it is the largest pizza I have eaten since Pizza Hut's "Big Foot" (circa 1994). So, when then, in this monstronsity's resurrection, did the word "Foot" turn into "Italy?"

Sure its has a thin underside and rounded edges like a traditionally Italian pizza pie, but is the dough kneaded with Italian flour? Is it topped with local Naples ingredients? Is it cooked in a wood-fired brick oven at temperatures in excess of 800'F? No. Instead it is cooked in the same conveyor oven as all the rest of the pies at a temperature nearly 400'F cooler. And THAT is why the crust is not firm enough to support the toppings. Run and tell that, homeboy!

MISCELLANEOUS:
1. Brothers Dan and Frank Carney started Pizza Hut in 1958 and named it "Pizza Hut" since the sign they purchased only had nine available characters.
2. Kitzi Taylor, my mom, drove me to Pizza Hut today...just as she did the day I interviewed for my lucrative $4.25/hr job.
Posted by Sean Taylor at October 02, 2010

So now we know when your love of pizza began. Maybe, next year, you can review Pizza Hat in Izmir, Turkey.

Remember? No sauce until we asked....then they brought us that vinegar "catsup?"