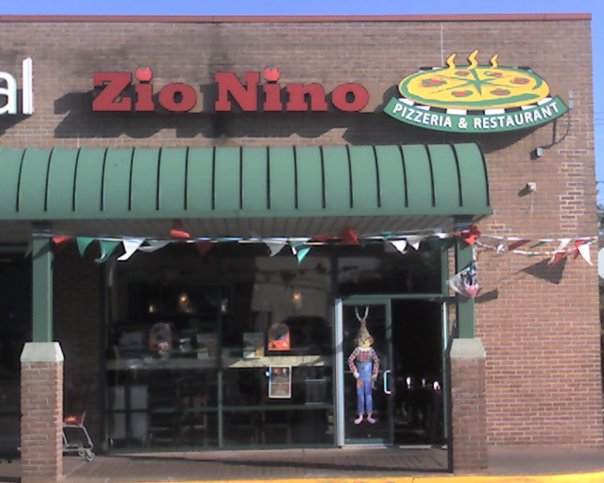 ORDER: 1 slice of cheese, half slice of upsidedown, half a slice of chicken caesar salad 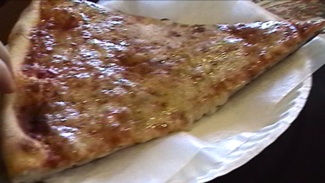 New to the nabe, not new to pizza. Zio Nino has an unwritten menu including more dishes than most diners. The difference is that all of Zio Nino's offerings are pizza. Want a salad, a taco, and some Chicken Marsala? All are available so long as you don't mind a triangular portion atop flatbread. 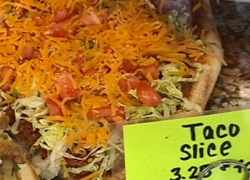 The ingredients that make up the multitude of ecclectic pies beneath the expansive display case are better and more copious than you would likely find at restaurants specializing in them. Take, for instance, the taco slice. Loaded with freshly slice tomatoes, lettuce, cheddar cheese, and seasoned ground beef, the weighty taco slice is the equivelent of at least three tacos. And, priced at $3.25, it's a steal.

"But what about the REAL pizza?" you may ask.

"What about it?" the employees would respond in Staten Island English.

"It's good. Really good," is how I would respond.

The more traditional plain slice is my favorite. Zio Nino proves that creamy Polly-O mozzarella, rich tomato sauce, and a sprinkle of Pecorino Romano served on perfectly foldable crust is all you need. Simple, solid, sold!

After eating the plain cheese, I see no need to be distracted by the Rigatoni Vodka or the Sfingiome Square. Of course, if I lived in the area, I would be coming here often enough I'd want to try it all. Only in New York can you find such a delicious pizzeria in a strip mall.

MISC.:
1. This was only part 1 of day 20. I also ate pizza at nearby Denino's.
2. Zio Nino means Uncle Nino and named after the owner's uncle....who doesn't smile in photographs.