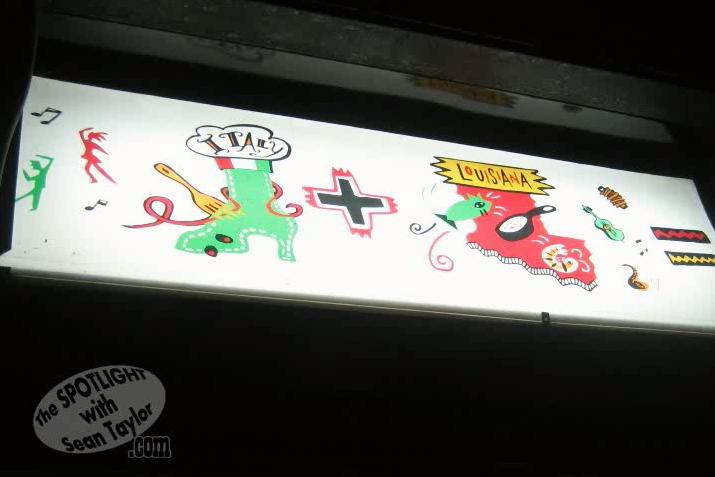 
GUEST(S): Erik Tanouye, Matt Pack, Brock Mahon
ORDER: 1 slice of andouille, 1 slice of Bayou Beast
PIZZA REPORT: Oldie but a goodie. Normally I do not like old pizza but Two Boots makes a quality product that tastes almost as good old and cold as new and hot. I think this is because the toppings are so unique here. Two Boots is named for the geographical shapes of the locations that influence their pizzas - Italy and Louisiana are both shaped like boots. Although I am forever indebted to the Italian mainland for creating such a perfect food, the Cajun flare on my Bayou Beast really set it apart from any other slice I have had all month. Toppings such as andouille, bbq shrimp, crawfish, and jalapeno blend together with the mozzarella atop a very thin yet firm crust to produce a delectable slice of pizza. The only thing that could have been improved was the age of the slice. Order a pie as opposed to a slice and you won't be sorry. I added support to this theory with my slice of andouille sausage I ate in the booth at East Village Radio.
ATMOSPHERE: The Two Boots slice place in the East Village (across the street from the Two Boots sit-down location) has about 6 tables giving it a somewhat crowded feel even when there are not many people. Also, the signature pies are pre-made so you are limited to what is available on display. And pizzas weren't the only thing "on display". There were Mets pennants hanging down from all around the interior of the store. I guess the owners like pizza and the Mets...as do I.
VERDICT: 3.5 out of 5

MISC:1. I was on an East Village Radio show called Fist City. Since it is just audio, I tried to add some video to the video clip by swapping in snap shots of whomever was talking.
2. There is an awesome pizza eating song played while we eat our pizza in the studio.
3. After the radio show, Matt Pack, Brock Mahon, Erik Tanouye, and Anna McNicka (Brock's girlfriend) went to Two Boots storefront to get another slice.
VIDEO CLIP: http://www.youtube.com/watch?v=Hb3T9NBOr0M